skip to main | skip to sidebar

With Focus on Japan 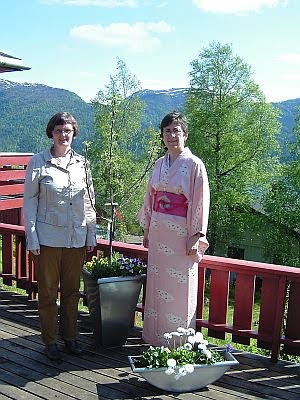 It's exactly 20 years since I graduated from college. During those 4 years in Volda I got many friends, who have been praying for me. Last week I was back there, to the place that hasn't changed so much since my student days.
I put on one of my kimonos before we went to the meeting at the prayer house. This kimono I've got from a member of Kita Osaka Lutheran Church.
My friend Marit was back in her home town Volda. She has also been to Japan.

After we had met with many Christian friends at the prayer house, where I shared from the Bible, showed video and slides and played koto music, I was back in my friend's house. She had invited some other missionaries who I had heard much about, but never met before. They had been busy in their own church earlier that Sunday, but after the meetings they could join us.
Mrs and Mrs Reite have been working with New Life League in Tokyo for many years. This Sunday also another missionary was visiting them, so I was happy to meet 3 Japan missionaries I had never met before! 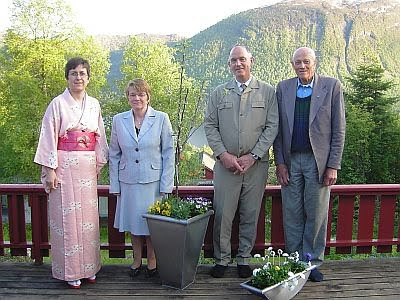 Edith & Hans Reite and their friend Gunnar Stokke all love Japan. Yes, Mr Reite even said he feels envious because I can go back to Japan soon! 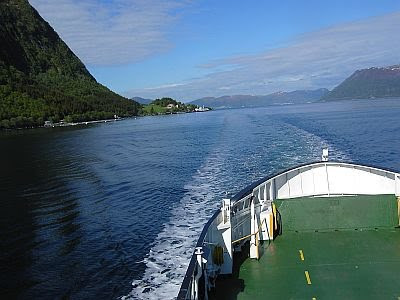 On my way back to Stranda on Monday morning I experienced something that I've never done before. 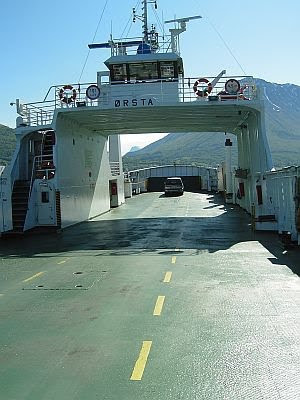 I was the only passenger on the ferry! That could never have happened in Japan, I think!
Posted by Inger at 12:53 PM